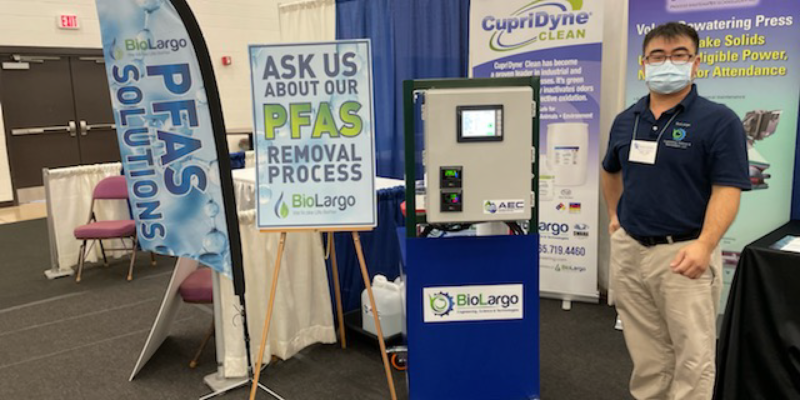 Over the past year, the Biden Administration and the Environmental Protection Agency have begun the process of regulating per- and polyfluoroalkyl substances (PFAS) in drinking water and creating new rules on discharge of PFAS chemicals from industrial facilities. On October 18, the EPA and the White House both made major announcements of plans to reduce the impact of these toxic chemicals, providing greater clarity on the evolving regulatory landscape surrounding PFAS over the coming years.

First, the EPA announced their “PFAS Strategic Roadmap” this week, outlining the agency’s multifaceted strategy to regulate and remediate PFAS throughout over the next three years and beyond. The roadmap, found here, describes the anticipated timeline for various aspects of regulatory action on PFAS chemicals. The EPA intends to release more details about each aspect of their roadmap in a series of webinars planned over the next few weeks.

Some of the highlights of the EPA’s roadmap include:

The same day as the EPA’s roadmap was released, the Biden-Harris Administration announced their formal plan to combat PFAS contamination across the country. In their press release, they promised “accelerated efforts to protect Americans from per- and polyfluoroalkyl substances (PFAS)” through a concerted effort by eight federal agencies to mitigate PFAS from different angles.

The first and most wide-reaching part of their plan is the EPA’s new PFAS roadmap, detailed above. The Department of Defense is another agency taking swift and concrete action. The DOD is responsible for more than 700 potentially PFAS-contaminated sites around the country such as air force bases and National Guard locations where PFAS-containing fire-fighting foam was used. The DOD is presently conducting cleanup assessments to plan for the remediation of all sites where PFAS contamination is found. The agency is also funding over $150 million to help develop PFAS remediation solutions.

Other federal agencies who will be taking action as part of the federal government’s PFAS response include the Food and Drug Administration, the Department of Agriculture, the Department of Homeland Security, the Department of Health and Human Services, the Federal Aviation Administration, and the White House’s Council on Environmental Quality (CEQ). These agencies are engaged in initiatives ranging from funding scientific research on the health effects of the broader range of PFAS chemicals, to programs to support first responders affected by PFAS-related health problems, to efforts to quantify and mitigate the presence of PFAS in food products and livestock animals.

This week’s announcements bring much-awaited clarity about the Federal government’s plans to create a regulatory framework surrounding PFAS. Municipal governments, water agencies, and industrial companies need that clarity in order to make informed decisions on what treatment and mitigation systems they should implement to safeguard their water or wastewater into the future. The EPA’s new roadmap doesn’t provide all the answers to questions about the evolving regulatory landscape, but it does give industry stakeholders a solid idea of when different regulatory actions are likely to happen, and what their impact might be.

In particular, the decision to move ahead with designating certain PFAS as hazardous chemicals under CERCLA is likely to have substantial effects on the way PFAS-contaminated site and waterways are remediated. Making PFAS-contaminated sites eligible for Superfund funding may accelerate the pace of treating those sites, especially in light of the high capital cost of some PFAS cleanup projects. The CERCLA proposal may also make handling PFAS-laden waste, such as that waste generated by PFAS water treatment, a more complex issue, which will probably encourage customers to choose PFAS treatment options that generate less waste.

BioLargo’s PFAS water treatment technology was developed from the ground-up to be the sustainable, low-waste solution for affordable PFAS removal. Called the Aqueous Electrostatic Concentrator (AEC), it works by separating PFAS compounds in an electric field and forcing them onto specialized, compact, proprietary membranes, which can later be disposed of easily and safely.

The AEC removes more than 99% of PFAS from water in continuous flow, at energy costs as low as 30 cents per 1,000 gallons.

Compared to carbon-based filtration, the most common PFAS removal system, the AEC generates approximately 1/1000 the amount of PFAS-laden waste by weight, has a significantly lower carbon footprint, produces higher purity water, and is more compact. With regulations around the U.S. tightening surrounding the handling of PFAS-laden waste, this makes the AEC a more practical solution for PFAS water treatment.

You can learn more about the BioLargo AEC, as well as BioLargo’s PFAS water testing program, at www.biolargoengineering.com/biolargo-aec.